Today I want to tell of His faithfulness- to encourage myself and anyone else…Because He did another little miracle today.   During our first two adoption journeys, we had to trust for God’s provision for finances, physical and emotional strength and wisdom.  Daily, my sister encouraged me with a mental picture- a dark, deep canyon that we’ve been invited to step out over.  At each step of faith, a bridge appears.  Our Shepherd is inviting us to trust and HE says to step out- over the precipice.  With the teensy, weensy, wimpy faith I had, we stepped- one step of faith at a time.  And with each step over that precipice, a bridge appeared- fully supporting the step made in faith.
Remember this from Indiana Jones- his step of faith? 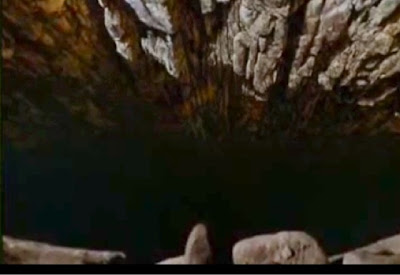 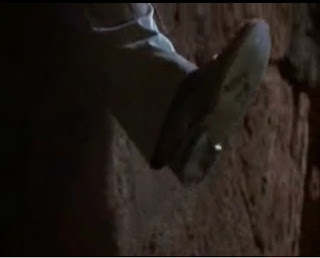 With such a FAITHFUL GOD, HOW DARE I FREAK OUT AND PANIC when I look at the precipice ahead?  Without excuse, I still panic…and have sleepless nights…I am SO WEAK!!!  Yet, HE is full of Grace.  GRACE and MERCY and LOVINGKINDNESS.  I addressed this adoption blog “laughing on the water”— because He is faithful to support our steps when He invites us to follow Him- even when I’m freaking out in fear or discouragement.  Here is the latest miracle:
Last week our agency requested that David and I fly out to Tennessee to meet with two visiting goverment officials from Lesotho who are over child welfare and adoptions.  The airfare and hotel cost came to $1200.  In faith, we made reservations.  This weekend a Good Samaratin- one who we have never met- even from another state- a stranger- but a neighbor in His Eyes- delivered our miracle.  This Good Samaritin bought $200 of “Owwie Pets” and booties from Ianna’s Etsy store.  Then, she donated another $1000.  The total of $1200 perfectly covered the cost of our latest step.  The bridge appeared.  Again!
Has He put a desire into your heart to step over a precipice?  We can’t walk on water unless we step out of the boat.