This year was miraculous.  This year, a dream planted into our childrens’ hearts and our hearts began to materialize.  Three years ago, after our precious youngest daughter’s were adopted, our oldest children brought us their entire “pony fund” savings and asked us if we could use it to adopt again.  That began our journey to adopt two more children.  In 2012, as the county seemed to close it’s doors to an adoptive placement of two for our family because we have “too many children,” we chose to adopt from Lesotho, South Africa.  (The need there is so great due to an HIV crisis that has left an estimated 200K children orphaned. ) Because we are the first American family adopt a child from Lesotho since they became HAGUE accredited, we were told they were unsure of the wait time to be matched with a child but to expect it to take at least until late 2014.  We asked for two special needs children. They told us that would increase our wait time.  Honestly, I wondered if the desire we had to adopt two more was hope against hope. 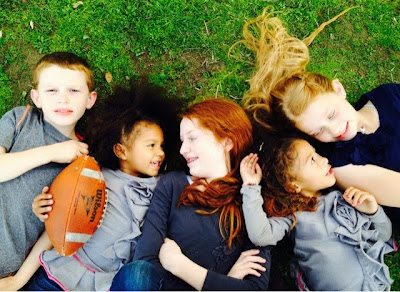 One year ago as our children posed for the above picture, we had modest hope that just maaaaybe we would learn of two little ones in Lesotho with special needs who would be in need of parents.  We all had it in our hearts to adopt two.  I have no doubt that we all seven desired two little boys because God knew two little boys would need a home.  We assumed two would be from the same place.  (and our son really hoped for two little brothers who look like his little sisters…How’s that for a specific desire that God put into a child’s heart?) 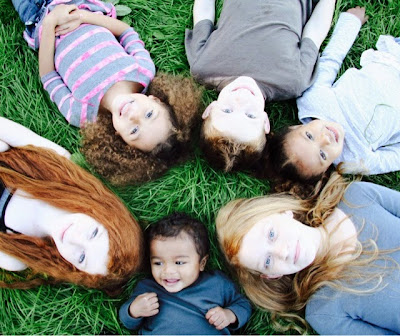 One year ago we had two extra nameless stockings hanging over our fireplace in hopes that someday, two more children would be home.  I had no idea as I put away those stockings that within one month I would be holding the newborn biological brother to our precious little girls- born right here in San Diego County.  I had no idea that a few days after that, my phone would ring and the african adoption agency would send my heart back over the moon with news of 11 month old orphaned baby boy in Lesotho, Africa named Mohale, who needed parents.  Mohale’s picture on my email further melted our hearts hours later. I had no idea that we’d spend months doing more paperwork and insane amounts of money desperately hoping to bring Mohale home, only to have the entire process, including our adoption of him, dissolved at the requirement of our USCIS just days before Christmas.   I had no idea that unexplainable peace would sustain my aching heart when that would happen.
I had no idea last New Year’s Day that exactly one year later I’d be putting away those Christmas stockings again- folding up the sixth stocking that now belongs to our newly adopted 11 month old son…
Christmas morning 2014: 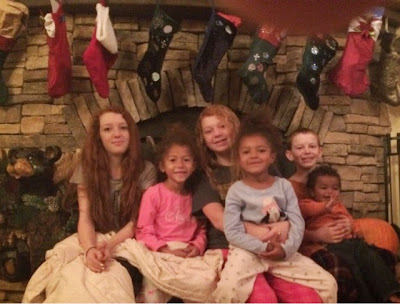 This New Year’s Eve, I folded up our seventh child’s stocking- hoping we will have him home by next Christmas….
And as my heart aches for little Mohale, far out of my reach in Africa and out of my control, I remember my Shepherd’s words…
Be still and know that I Am God. Let Me write your story… 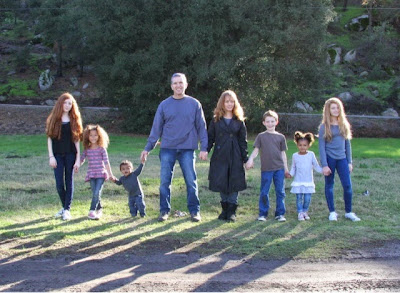